Sunifiram is a synthetic derivative of Piracetam, and is believed to be 1000 times more potent. It is no longer in the Racetam family instead, it now belongs to the Ampakines classification due to its absence of the pyrrolidine backbone and it acts as an AMPA agonist. Since Sunifiram (DM-235) belongs to the ampakine family since it acts as an AMPA agonist that exerts anti-amnesiac properties. It modulates the production of Glutamate, one of the most important neurotransmiiter of the brain responsible for the communication, maintenance, and reguation of connections between synapses. With this mechanism, Sunifiram enhances brain performance by improvement in memory recall and in learning new concepts. Also, Sunifiram is cholinergis thus, increasing the levels of Acetylcholine in the brain contributing to an enhanced cognitive performance. With similar actions as Nefiracetam, it holds promise as a cognitive enhancer but is relatively understudied currently. Sunifiram is categorized under Ampakines. It is also known as DM-235. 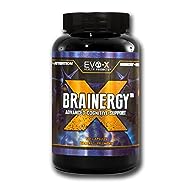