Raspberry Ketone is a chemical derived from red raspberries and has gained its popularity by being a weight loss agent. It has also been used to increase lean body mass and may be applied to the scalp to improve hair growth. Some researches conducted among animal subjects have shown that Raspberry Ketone might increase some measures of metabolism and may affect adiponectin, a hormone found in our bodies. On the other hand, Raspberry Ketone has been used in foods, cosmetics, and other commercial products such as fragrance and flavoring agents. However, further researches and clinical studies should still be conducted to know more about Raspberry Ketone and more of its potential benefits in the human health. Raspberry Ketones is categorized under Ketone Supplements. It is also known as 4-4-hydroxyphenyl butan-2-one, p-hydroxybenzyl acetone. 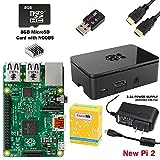