Co-Enzyme Q10, also known as CoQ10 or ubiquinone, is an enzyme that maintains healthy cellular functioning and generates energy in the form of ATP. Organs in the body that need a lot of energy tend to require this substance to function optimally like the heart and the liver. Also, it functions as an antioxidant being able to neutralize free radicals and preventing further damage and has been studied for the treatment of multiple neurodegenerative disorders such as Parkinson's disease. It was also suggested that it may provide benefit to those with neurodegenerative disorders. Co-Enzyme Q10 is categorized under Neuroprotective Agents. It is also known as CoQ10, Ubiquinol. 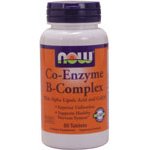