Caralluma fimbriata is a succulent plant, or an edible cactus from India but can also be found in the wild in Africa, Saudi Arabia, Canary Islands, Afghanistan, and Southern Europe. It is the most prevalent of these species and flourishes in the large parts of interior India, and is planted as a roadside shrub and as a boundary marker in gardens. Still in India, it is considered as a vegetable and is cooked in various ways with spices and salt, and is also preserved like chutneys and pickles and can also be eaten in raw. Indians also chew chunks of Caralluma fimbriata to keep them from being hungry during a long hunt. With this traditional use, it has now been developed in order to help decrease appetite for weight loss and also as a thirst quencher and to increase endurance. A research has shown that Caralluma fimbriata supplementation, given with proper diet and physical activity, could actually play a role in curbing central obesity, the key component of metabolic syndrome. It has shown that the extracts of this plant contain elements that may suppress appetite. It is also known as Slimaluma Brand Name. 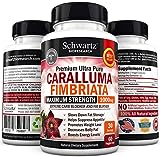